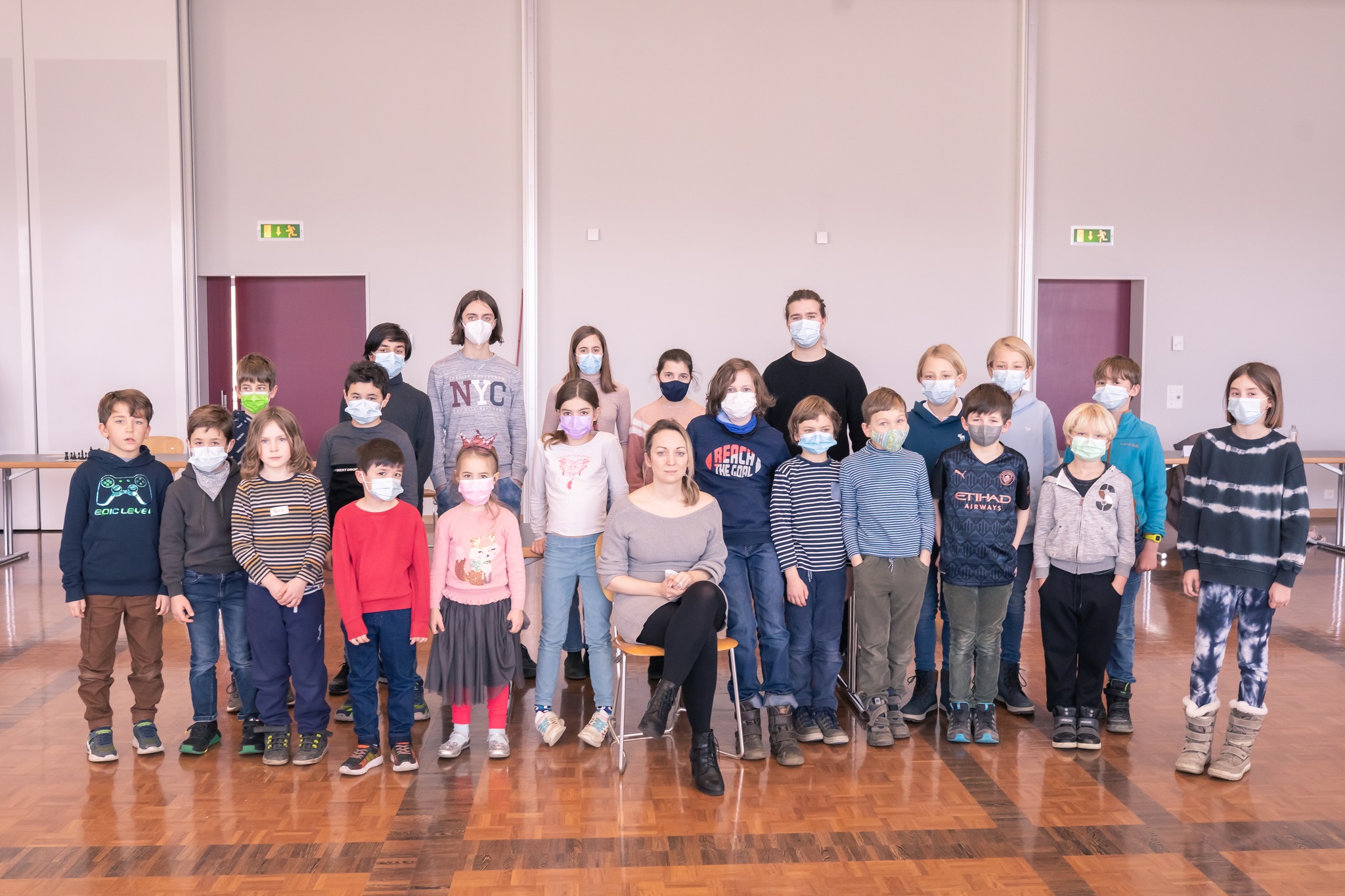 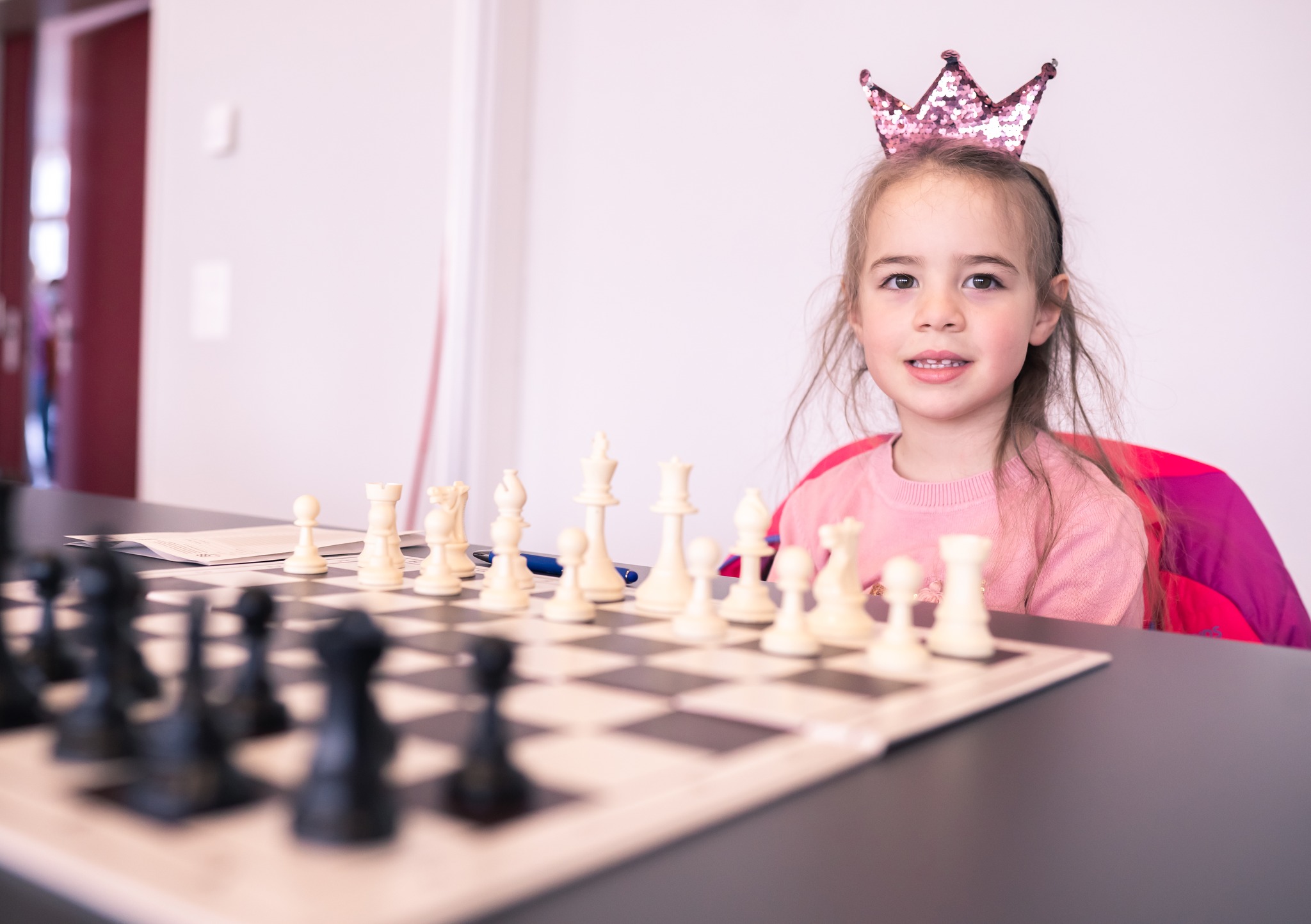 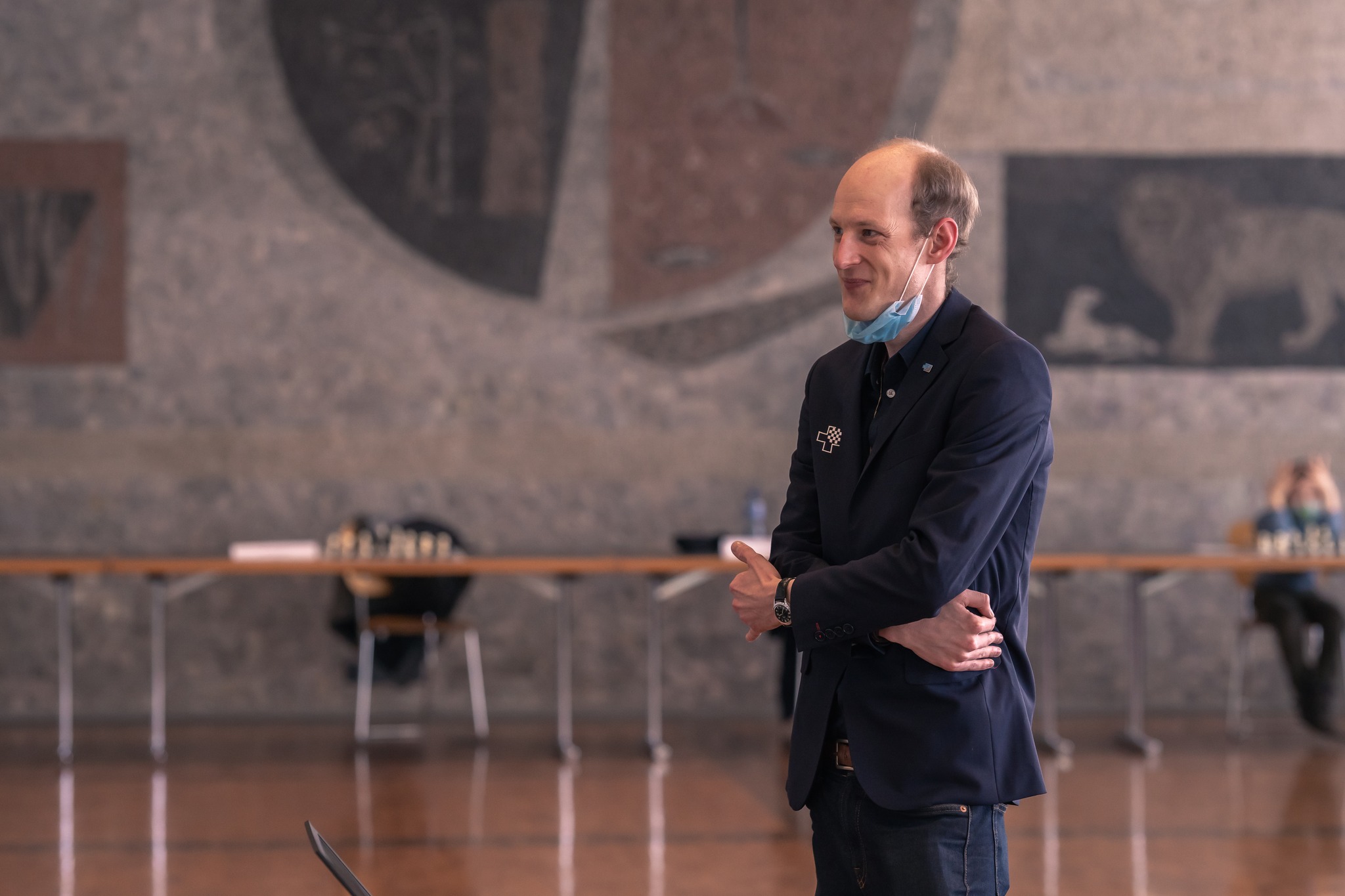 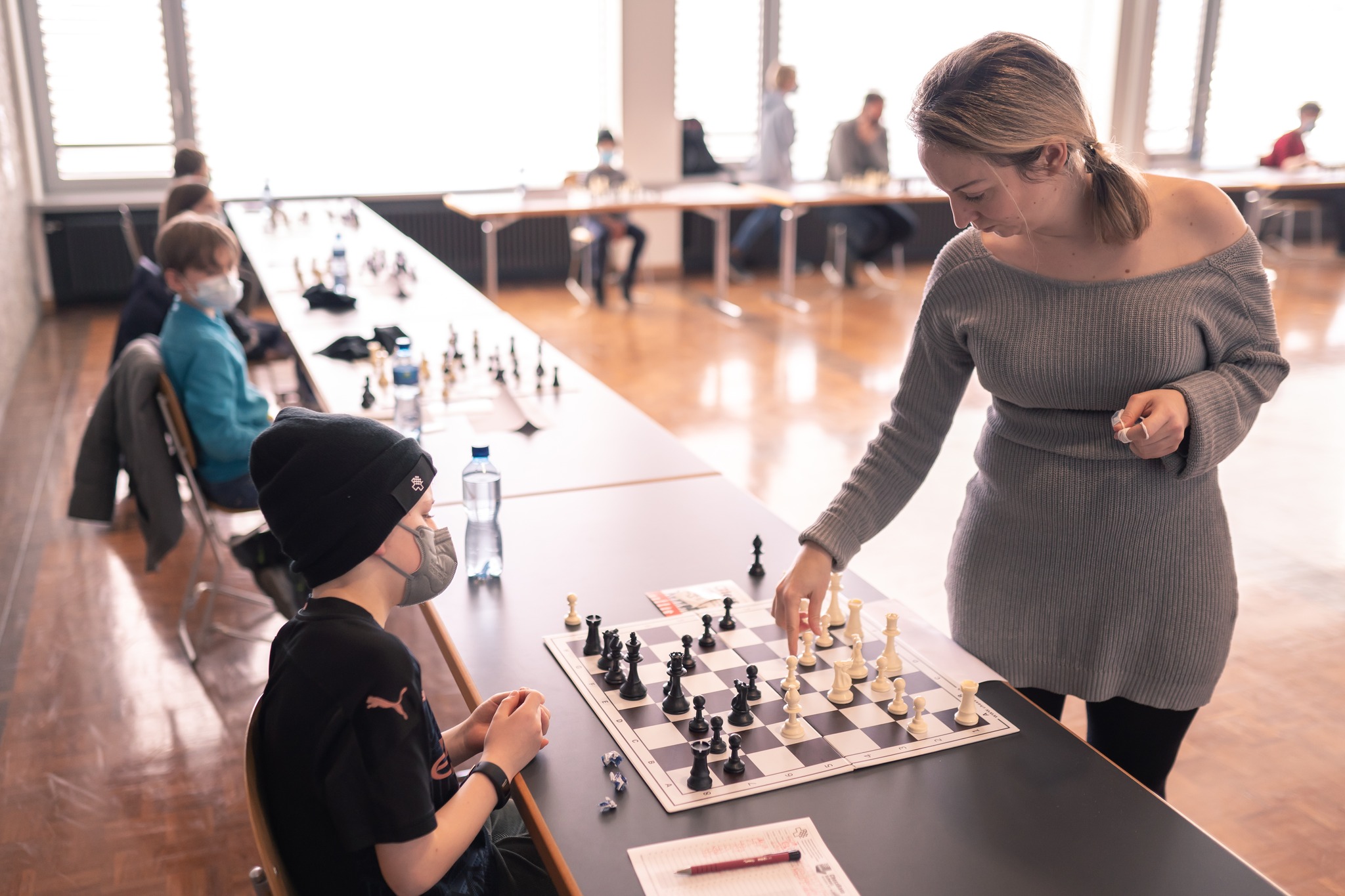 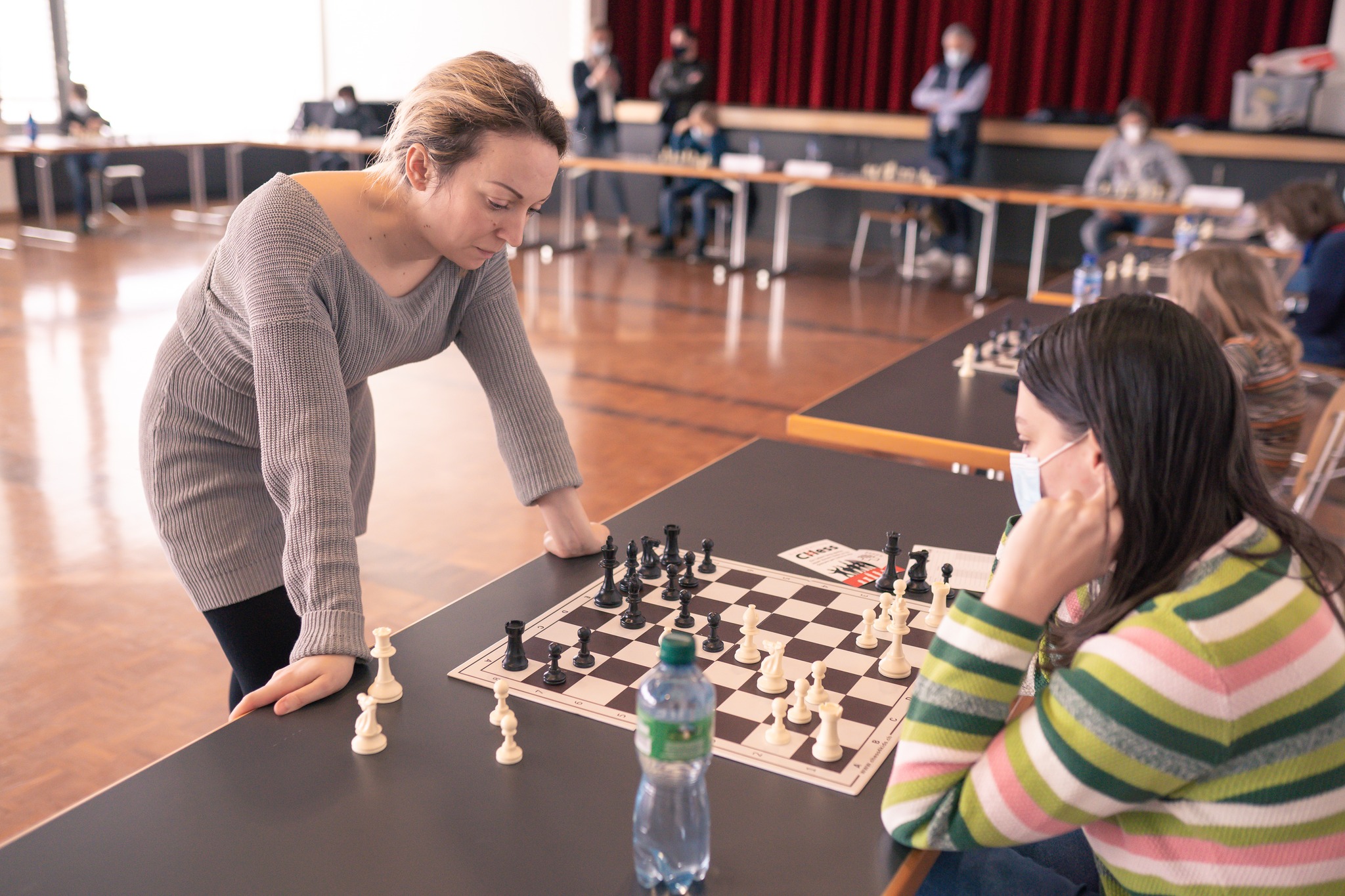 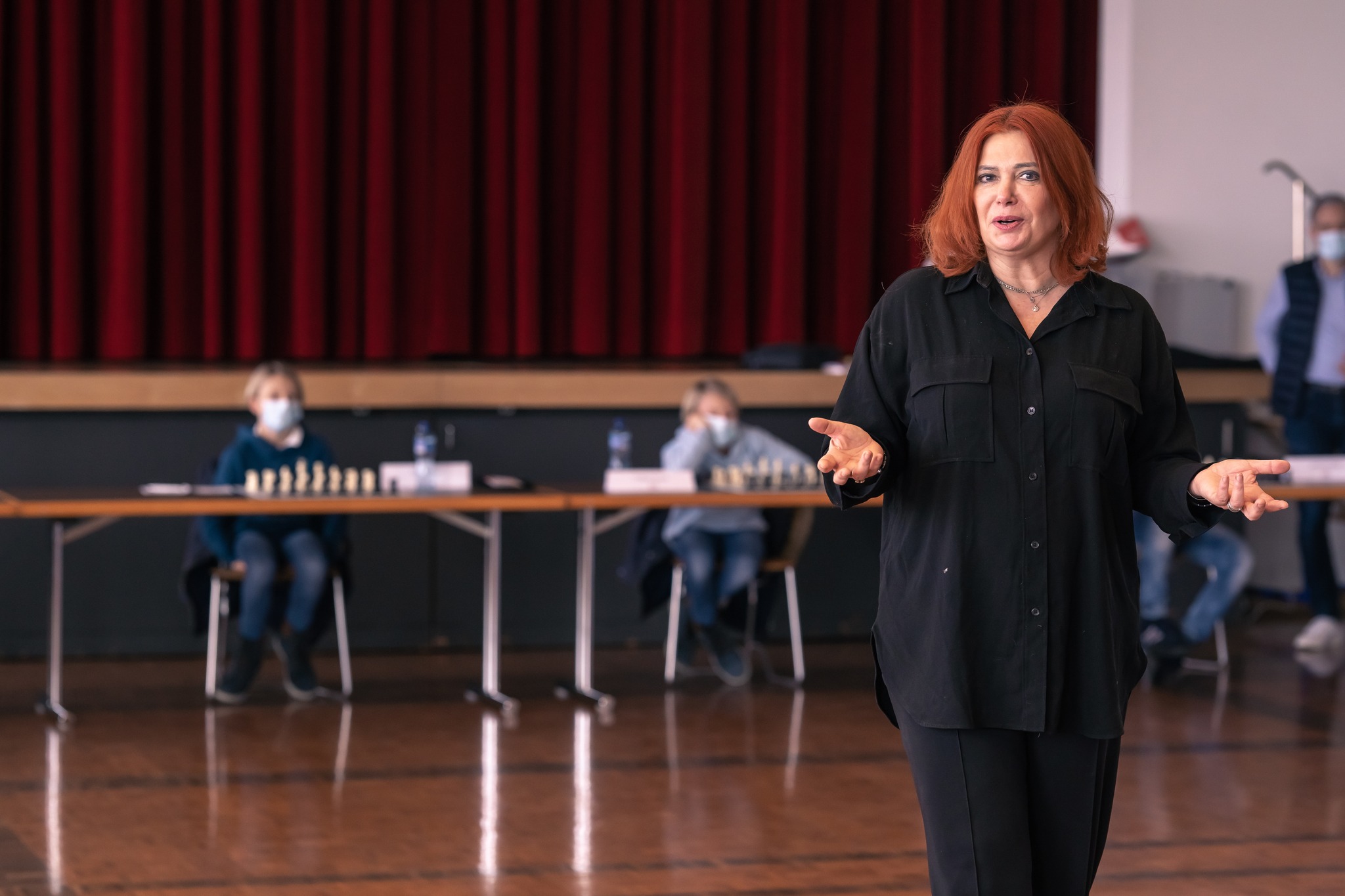 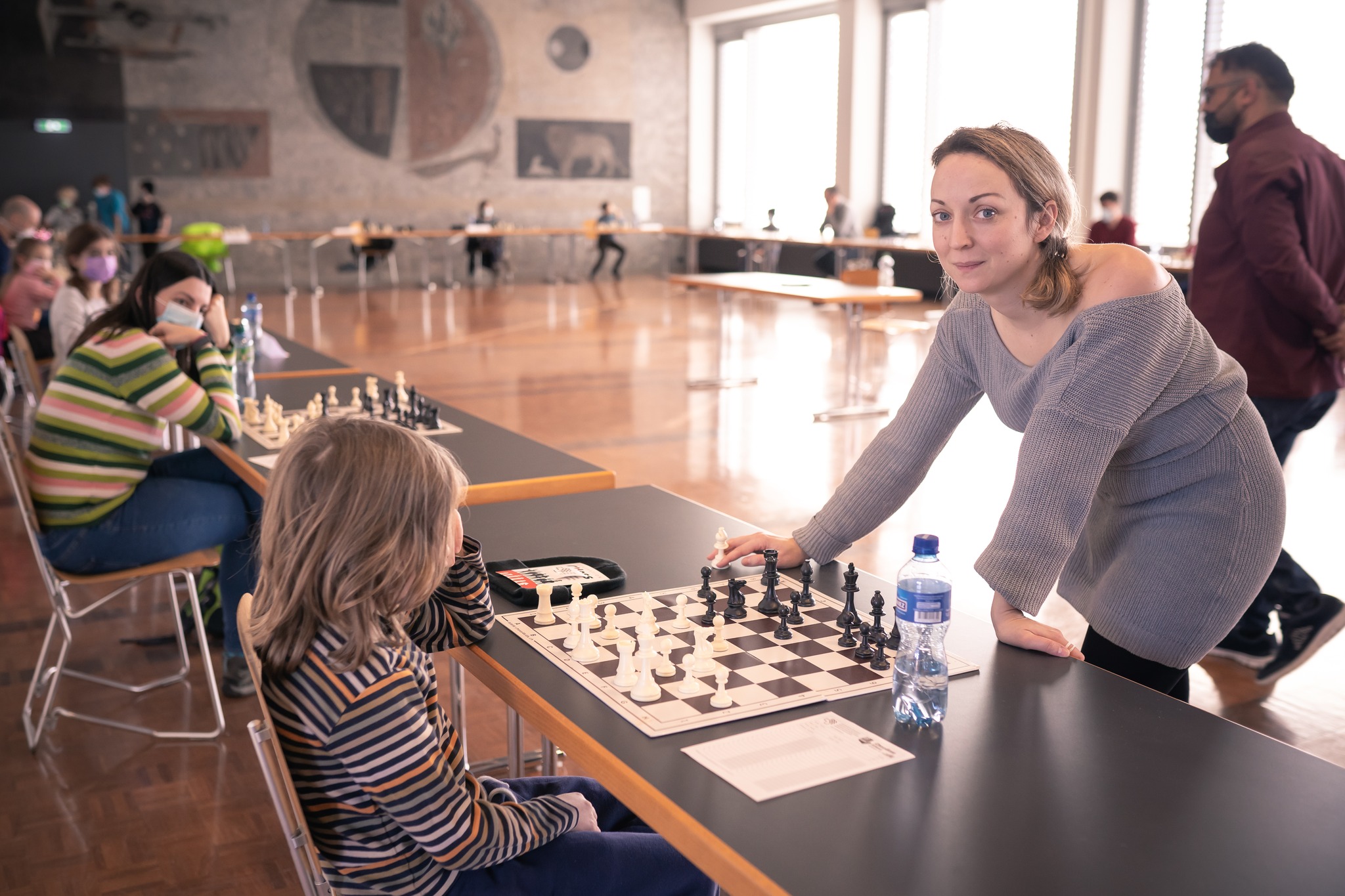 On February 5th we had world class chess! Elisabeth Pähtz competes against 26 juniors in a simultaneous competition in the Reformed Church in Küsnacht.

Elisabeth is the strongest German chess player of all time and currently number 13 in the world rankings. She is a multiple medalist at World and European Championships.

All the children put up a brave fight and with Thierry Breyer, Philippe Breyer and Jeremias Stark three players tried the best German chess player in the final. But in the end, experience won out. Pähtz mastered the 3.5-hour fight with ease and achieved an overall result of 25.5-0.5. Only Philippe Breyer forced a draw.

Cheers to all the kids who had the courage to compete against a world-class player!

The event took place as part of the Chess4kids support program. Both the Chess4kids founder and the SSB managing director Oliver Marti opened the event.

For 11 years, Chess4kids has been offering chess courses and holiday camps in 7 branches around Zurich for beginners from the age of 4 to experienced tournament players.

We use cookies on our website. Some of them are essential for the operation of the site, while others help us to improve this site and the user experience (tracking cookies). You can decide for yourself whether you want to allow cookies or not. Please note that if you reject them, you may not be able to use all the functionalities of the site.